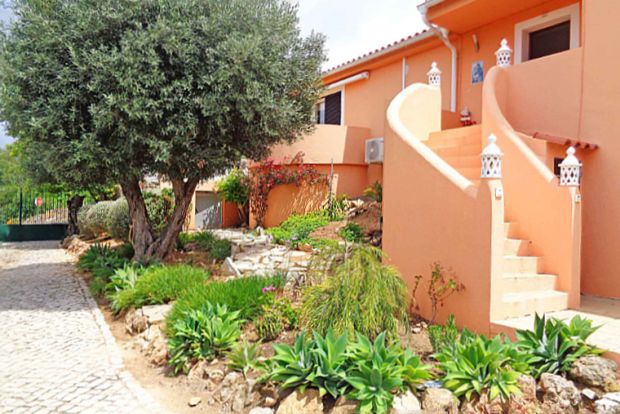 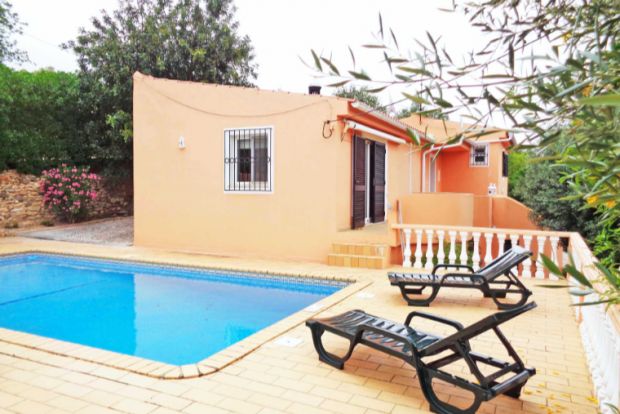 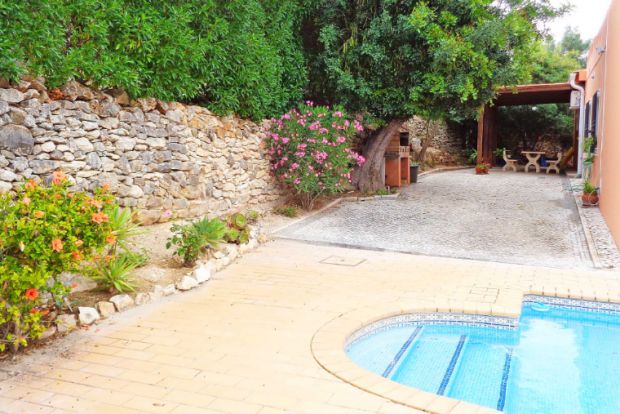 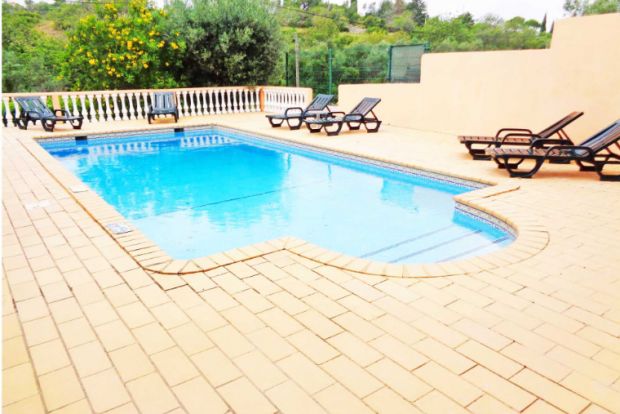 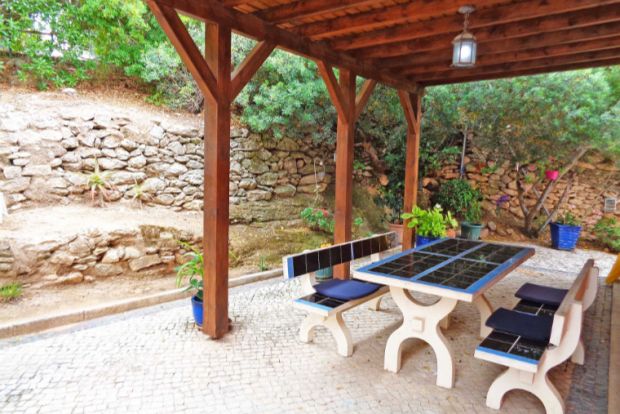 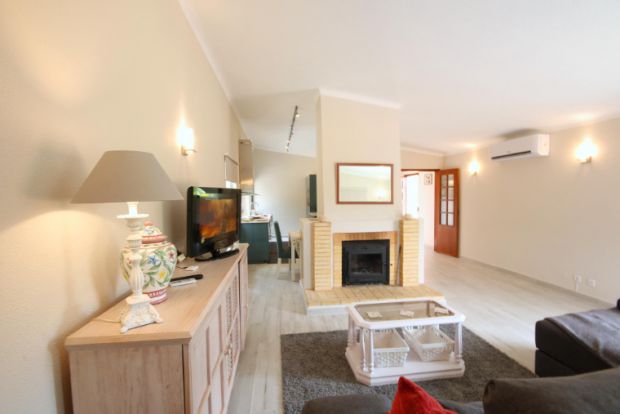 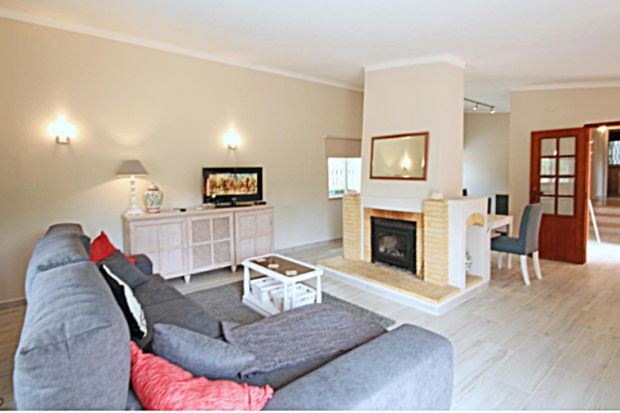 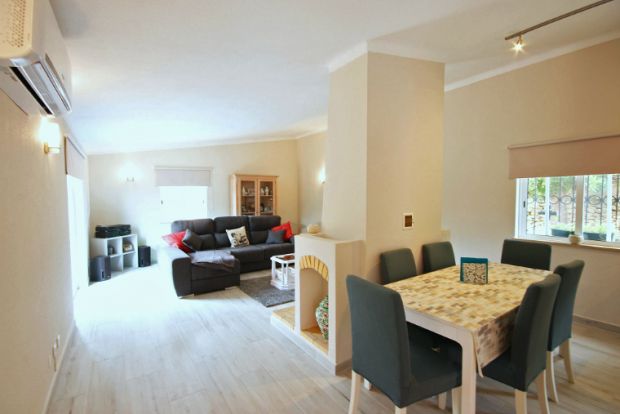 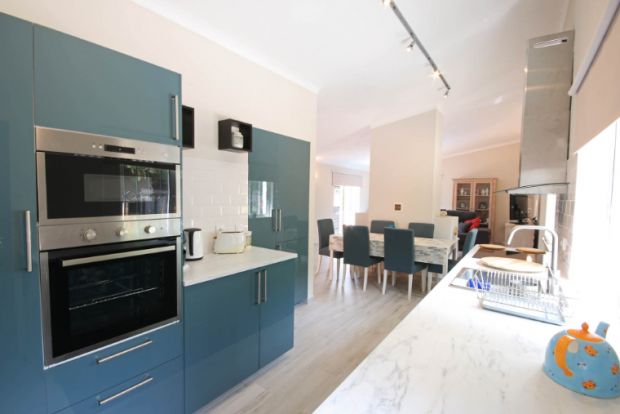 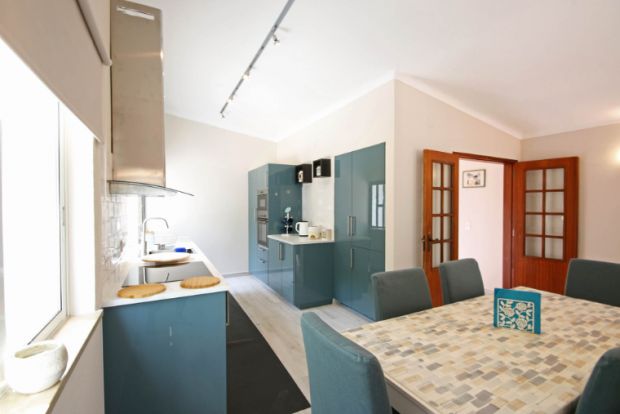 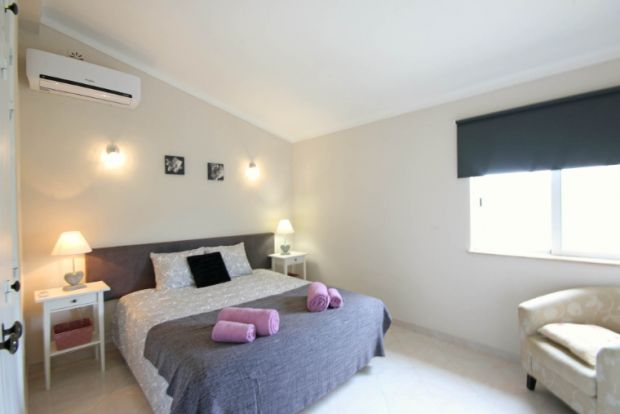 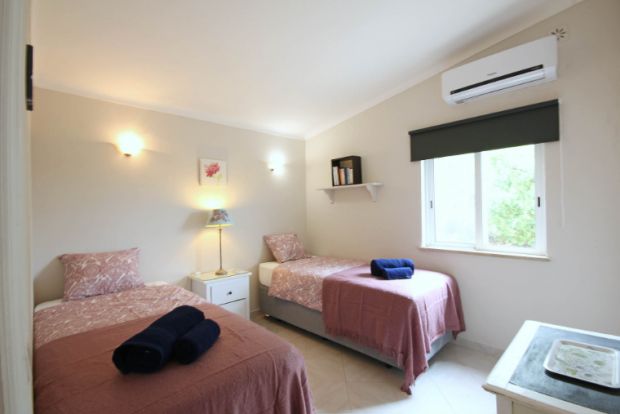 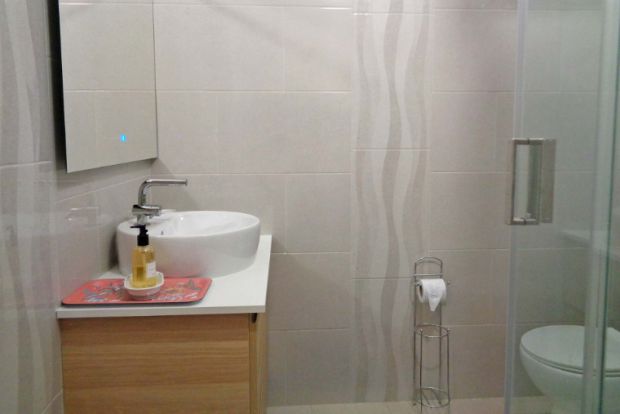 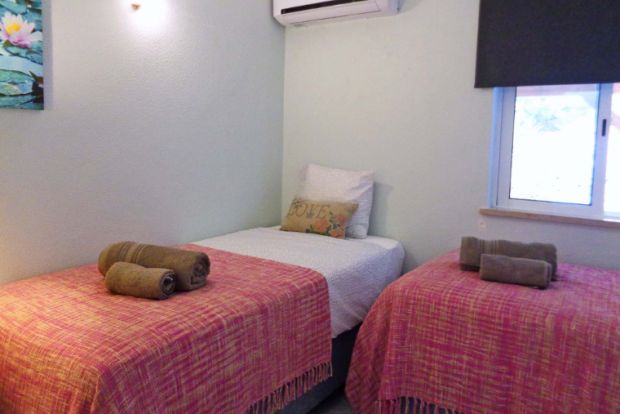 This delightful villa is nestled between Boliqueime and Paderne and is just a 20 minute drive from Vilamoura Marina, making it an ideal loaction for those wishing to explore both the more traditional Portugal and the vibrant nightlife near the coast.

Coralie is set in its own grounds with electric gates and a large driveway. Recently competely renovated, it has a fresh, welcoming feel and all the comforts and amenities of a much loved second home including a fully equipped kitchen, comfortable seating, air conditoning, and a large TV with a wide range of English channels.

There is a spacious terrace with a covered, outside dining area and barbeque that leads to the pool terrace which has lovely views of the surrounding countryside.

There are some low walls around the pool terrace so extra care should be taken with very young children.

Steps up to small twin (best suited for children as beds are at a right angle).  Shower room.  Twin bedroom with double headboard (can be made up as a double on request).  Master bedroom with queen size bed & shower room en-suite.

Blow up mattress available for a child, free of charge & by request only.