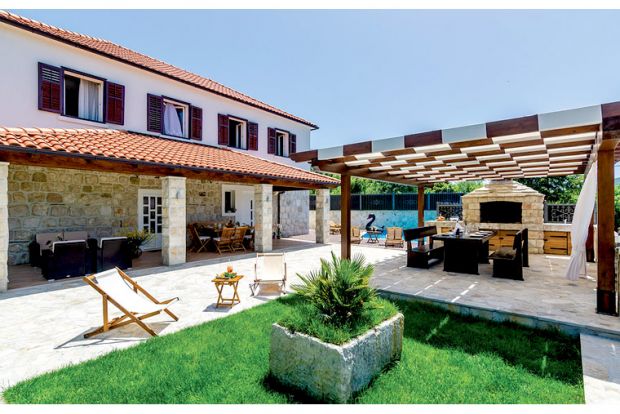 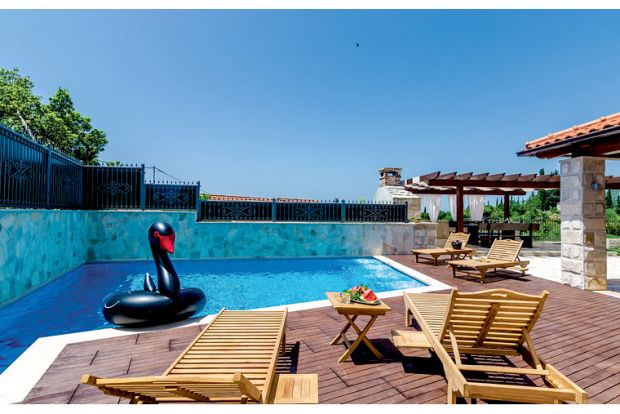 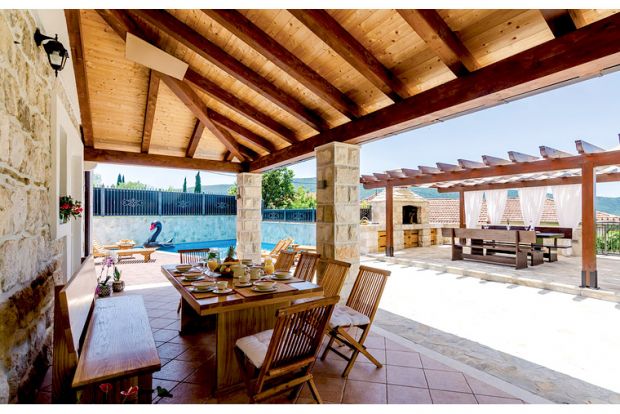 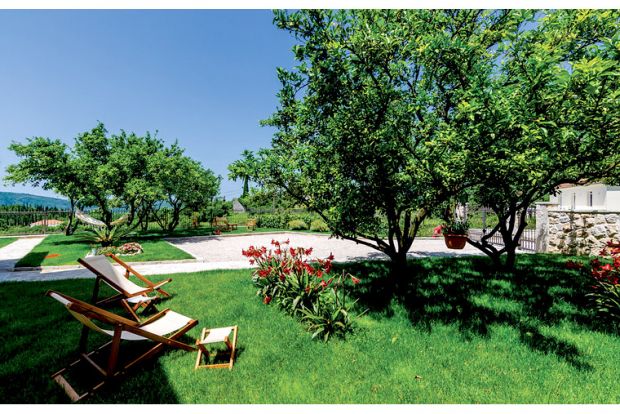 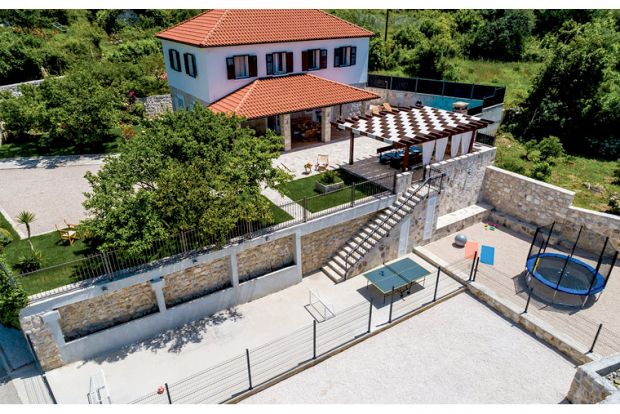 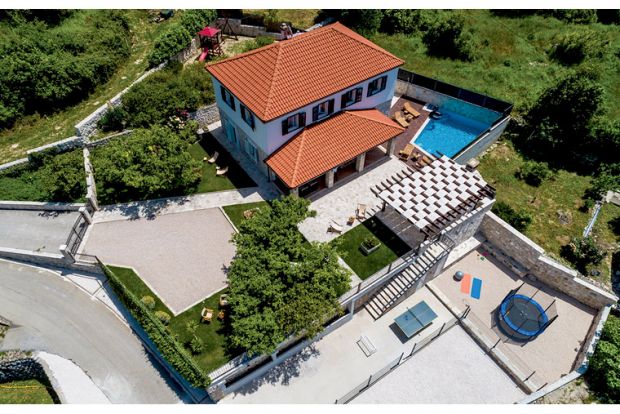 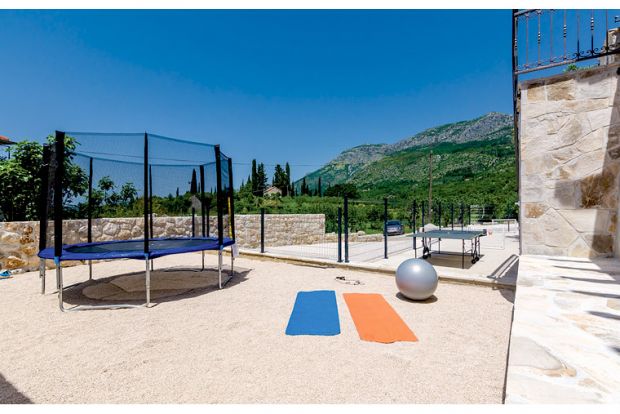 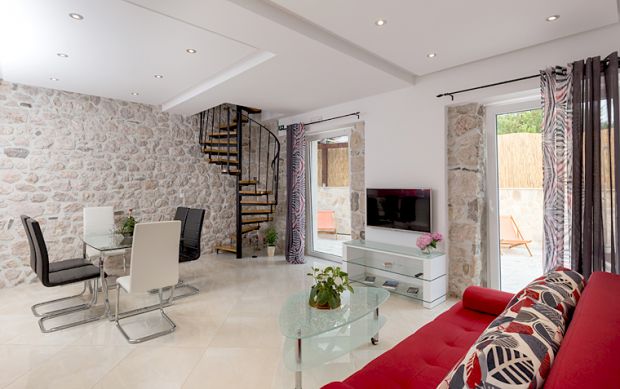 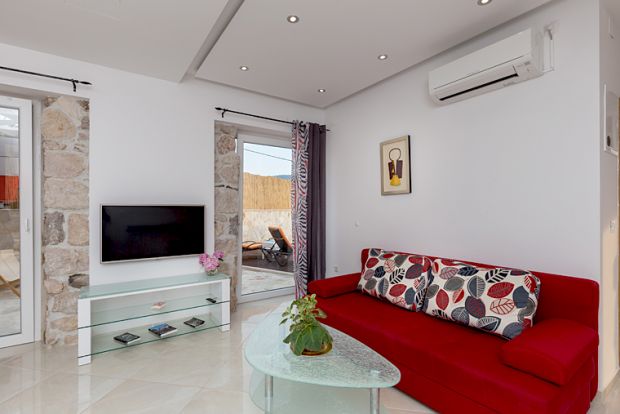 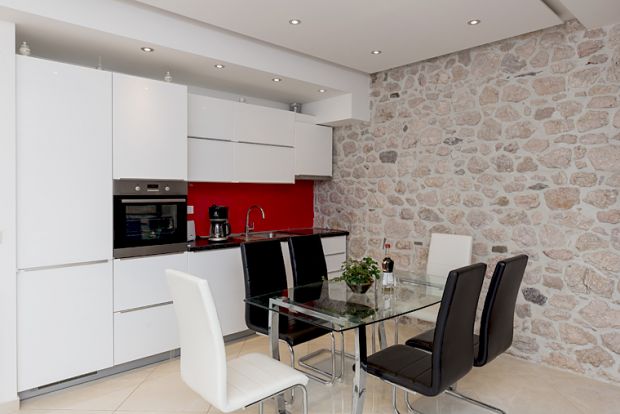 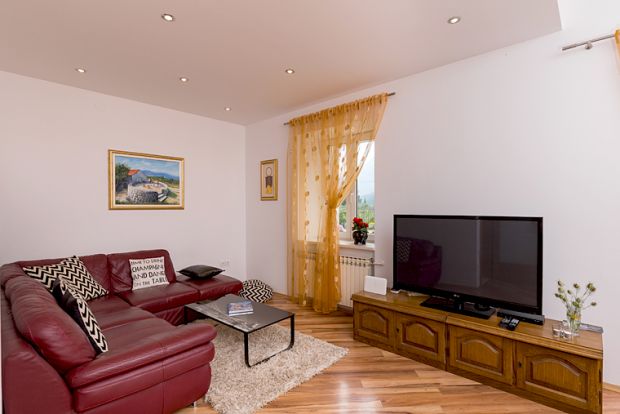 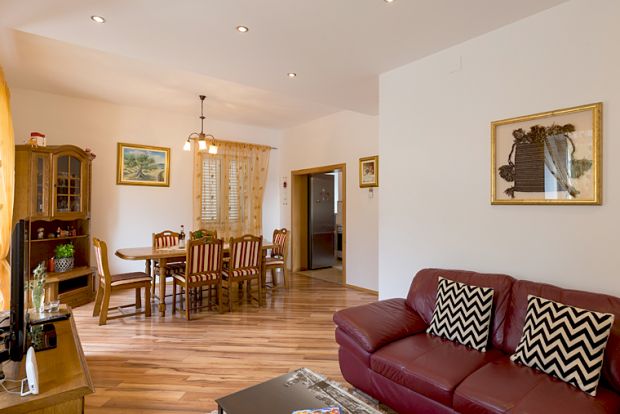 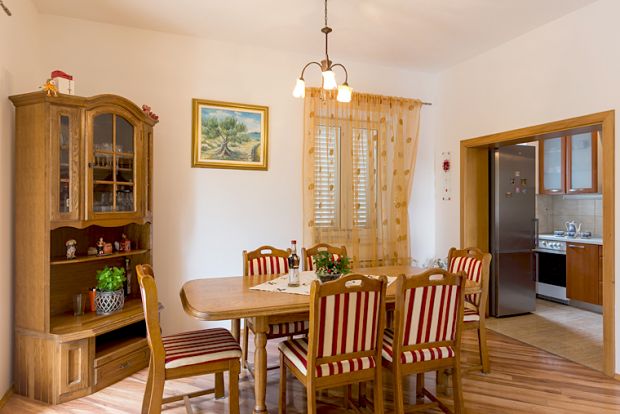 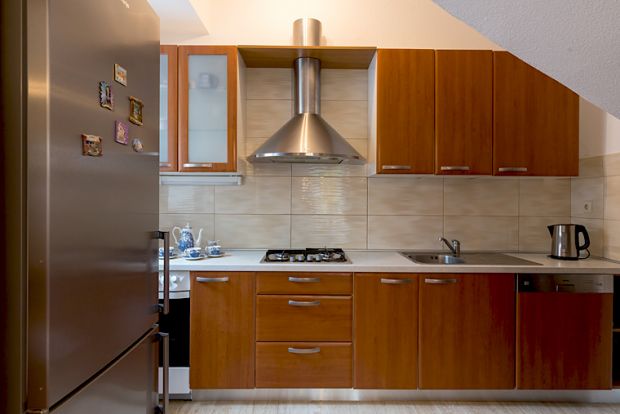 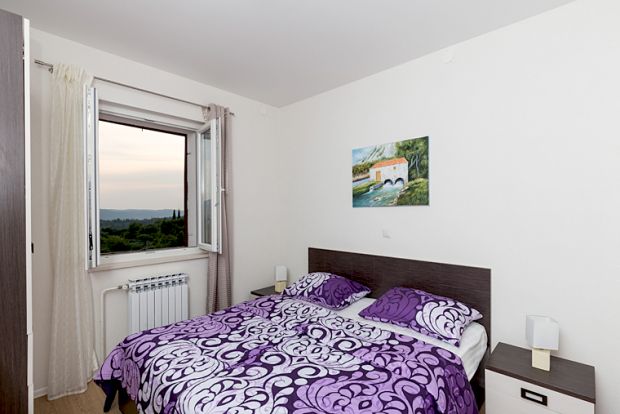 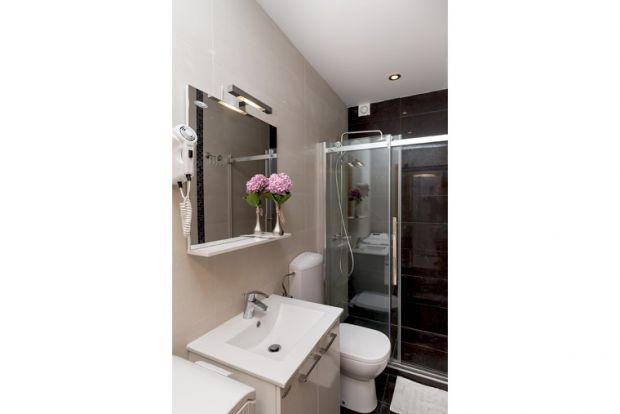 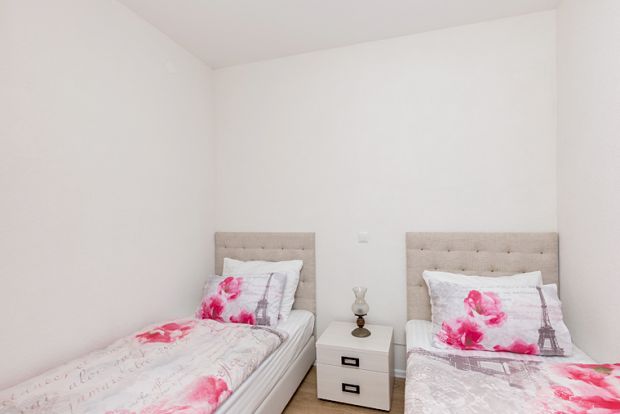 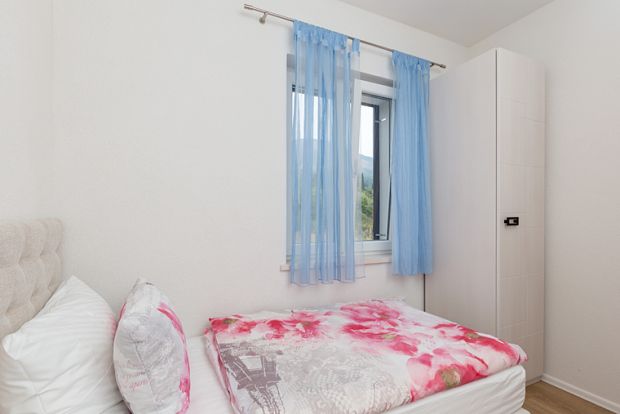 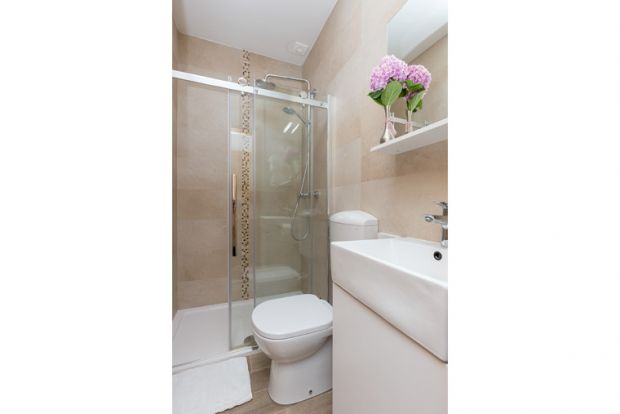 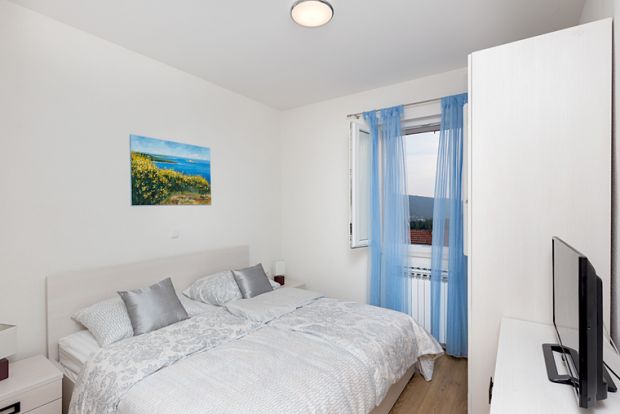 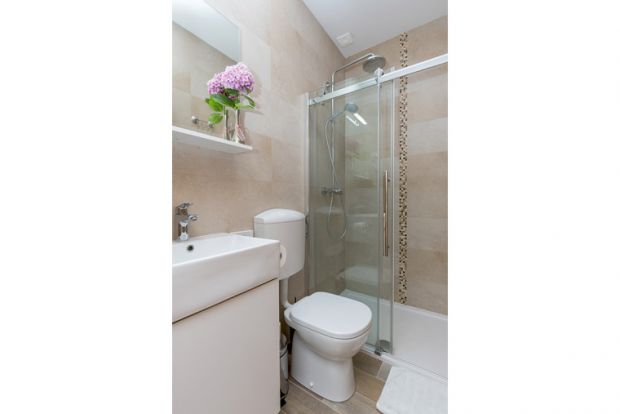 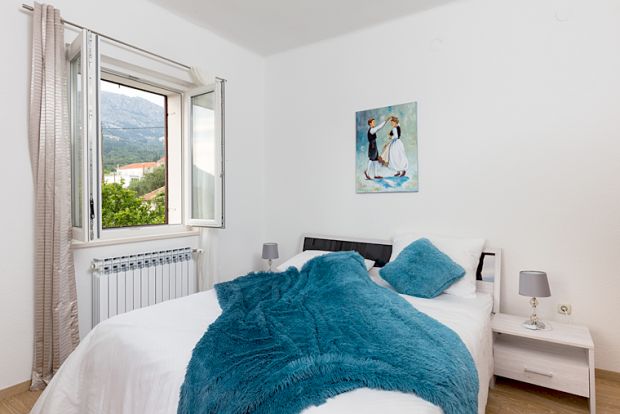 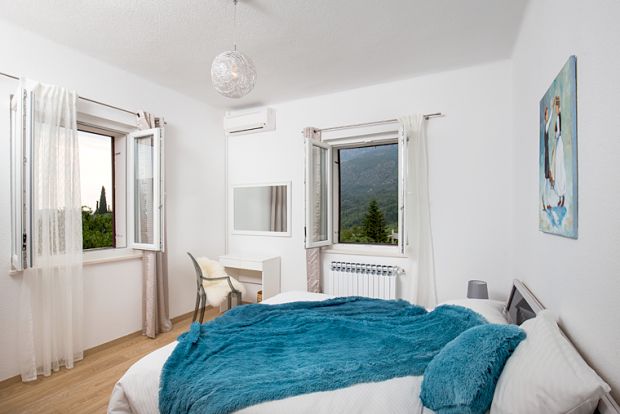 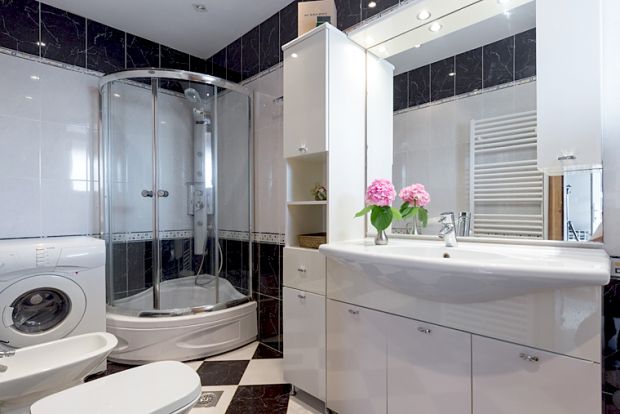 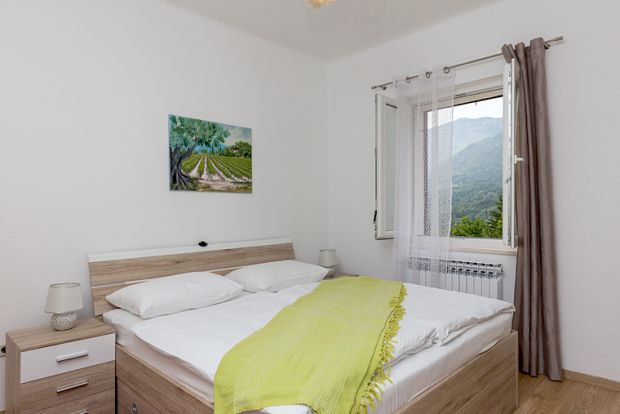 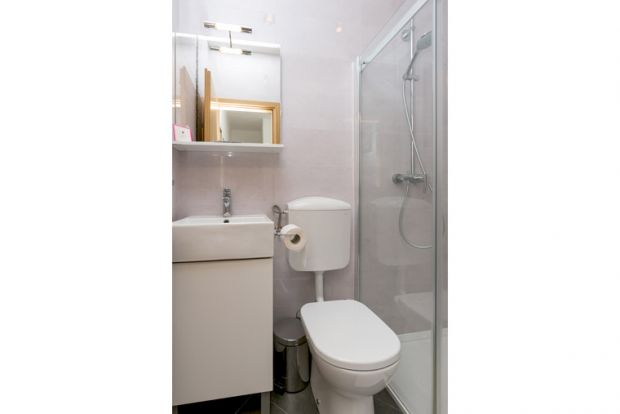 Villa Roque is in a rural location in the small village of Zastolje and has plenty of privacy and areas for relaxing. The property is in the Konavle region where there are many farms - meaning it's a great place to taste homemade specialities or organise horse riding excursions. Visit the nearby famous city of Dubrovnik with numerous cultural attractions or swim from the beaches of the town of Cavtat, which is full of restaurants along the promenade.

This is a traditionally built holiday home with a large garden and is the perfect holiday choice for families or groups of friends who want to escape from everyday life. The house consists of two units with separate entrances on the terrace. It is fully equipped with modern furniture.

There is an outside dining area for twelve people and a playground for children with a swing, playhouse and slide. There is also table tennis.

The region of Konalve is an area of natural beauty and contrasts with valleys and mountains, green hills and dramatic stone. Fringed by the Konavle Mountains in the north and bordered by the Adriatic Sea in the south it reaches from the Bay of Kotor to the Peninsula or Prevlaka in the east and to the west it inclines down to the cosy coves of Obod and Cavtat.

Cavtat is on the Rat Peninsula which surrounds the well protected and accessible bay. Cavtat was an important Roman colony and it has a rich cultural and historical heritage which combines with modern day facilities, making it a fabulous choice for a holiday. The thousand year history is still seen in countless traditions which have been preserved through folklore; the distinctive traditional costumes and embroidery of the region and the way in which mankind exists in harmony with nature make this a unique and beautiful destination.

On arrival you will find homemade wine from the owners vineyard and a selection of fruit from the trees in the garden.

There is a resident cat who loves greeting our guests, he lives in the grounds of the villa and the owners ensure he is fed at all times.

Sprial staircase up to First floor: 2 double bedrooms each with TV & shower room en-suite. 1 twin bedroom. (This level can also be accessed via a seperate entrance at the side of the house).