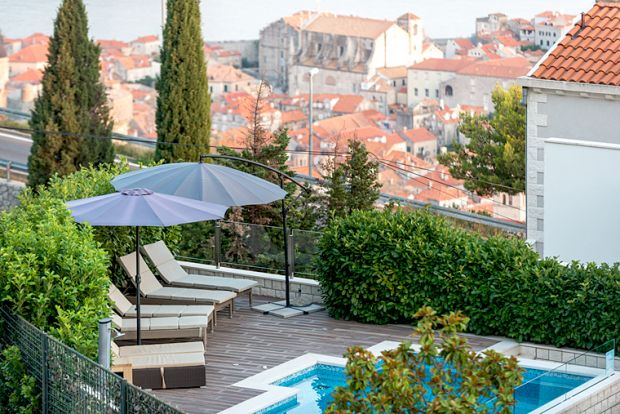 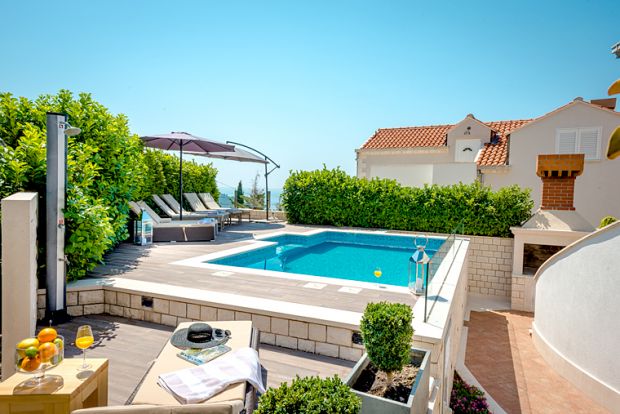 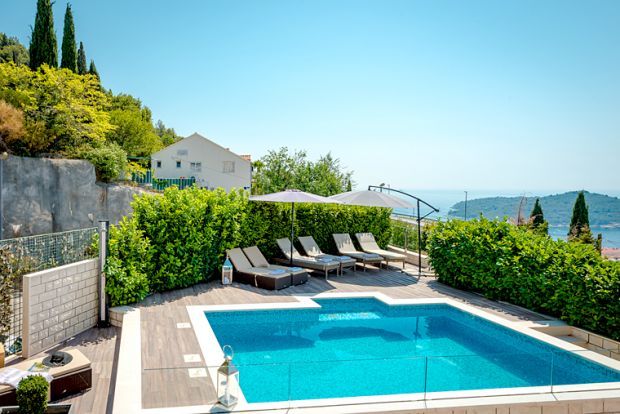 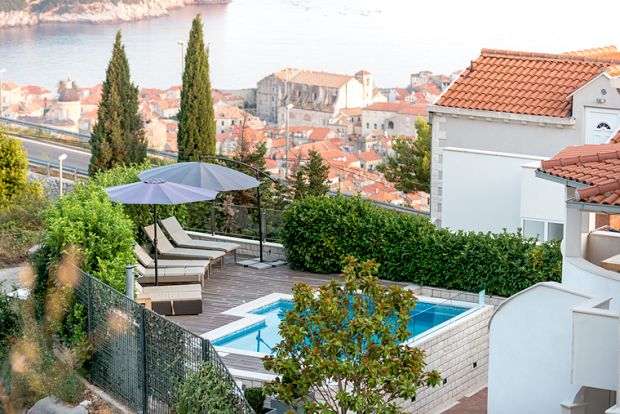 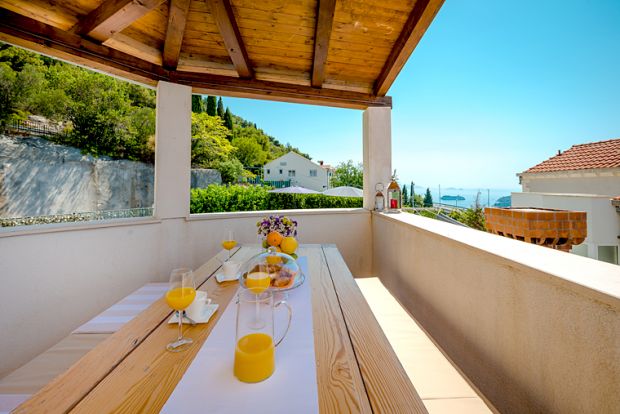 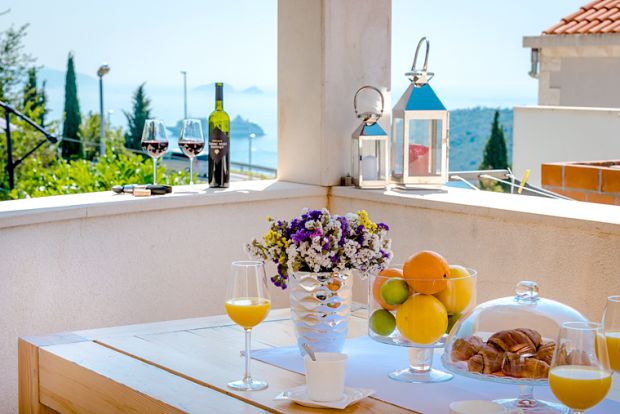 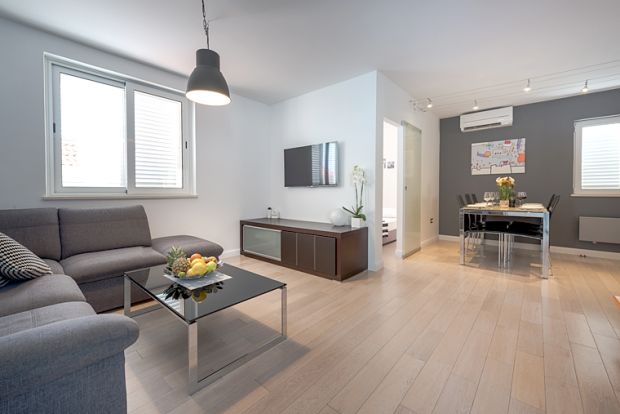 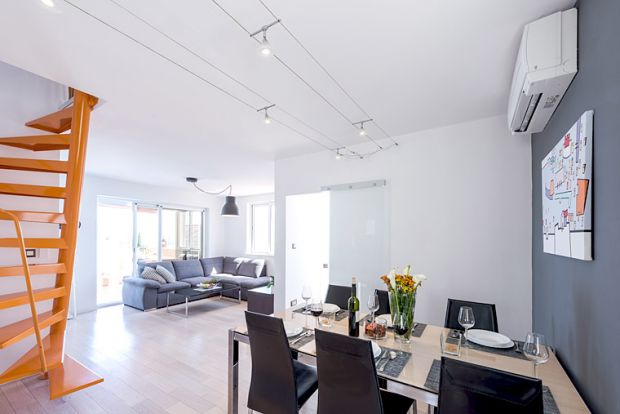 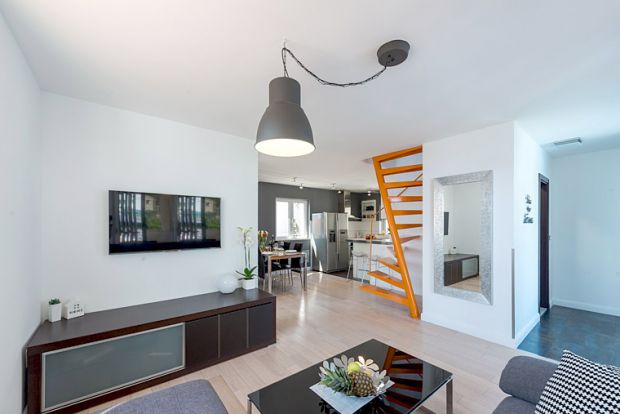 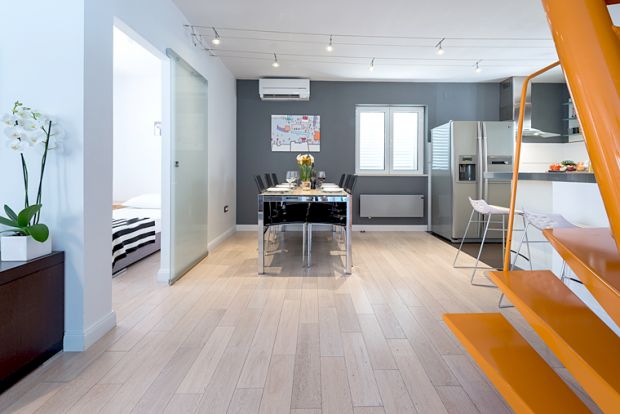 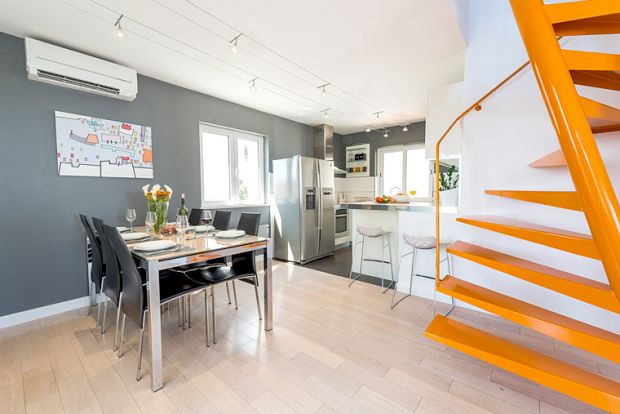 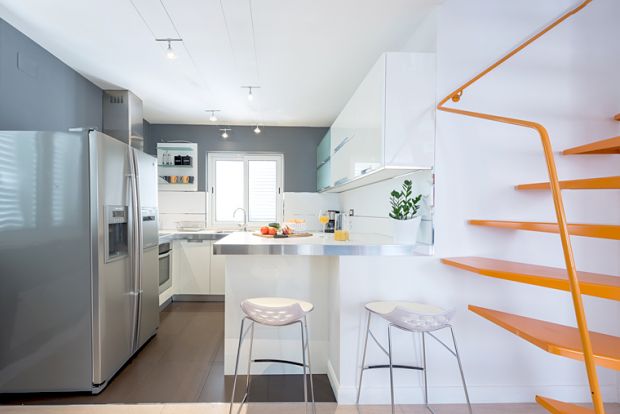 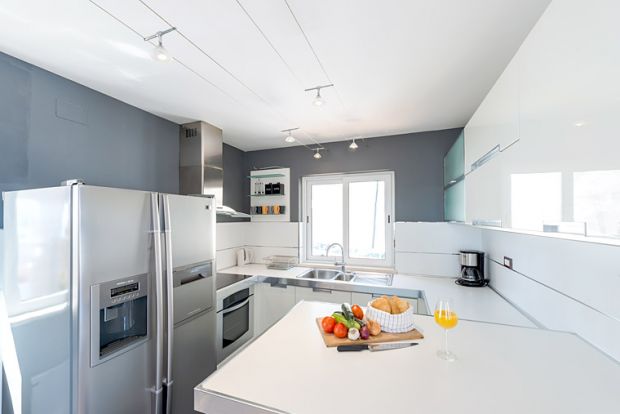 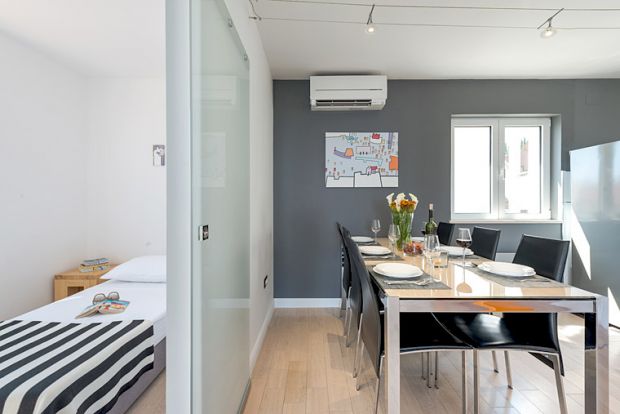 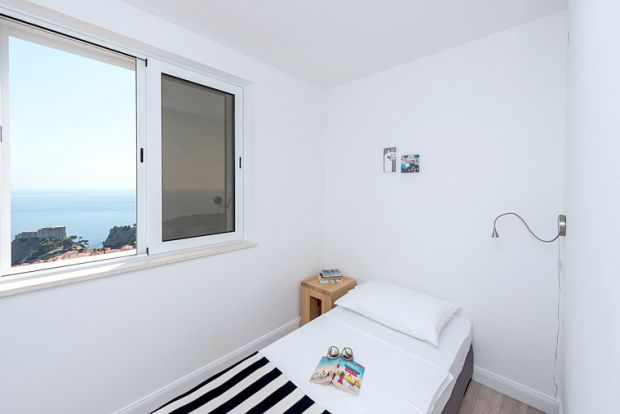 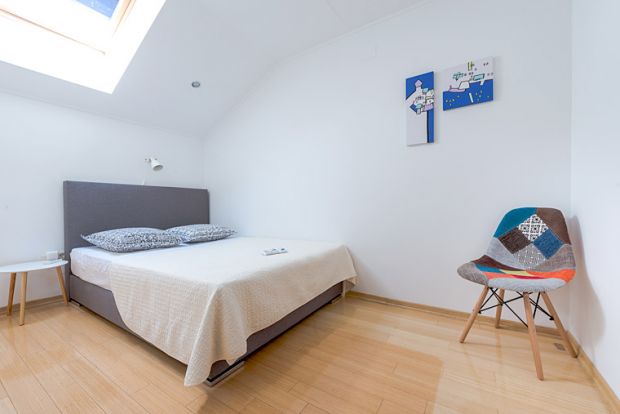 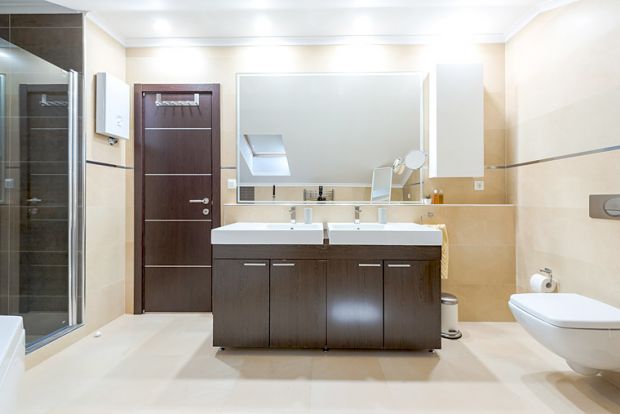 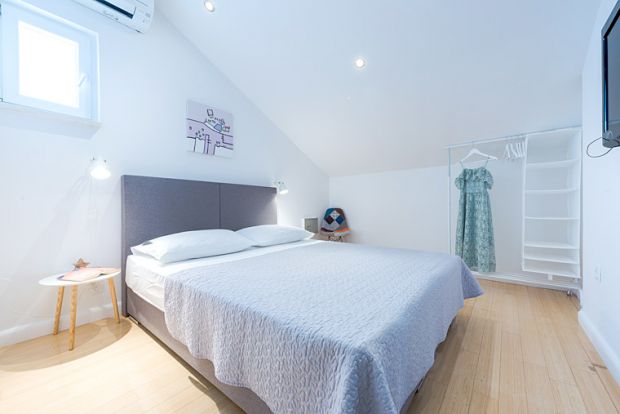 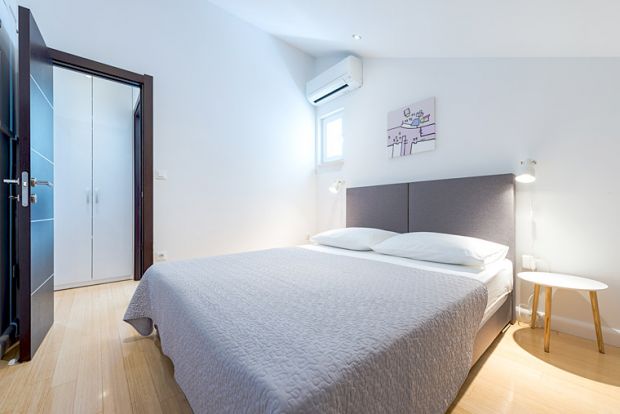 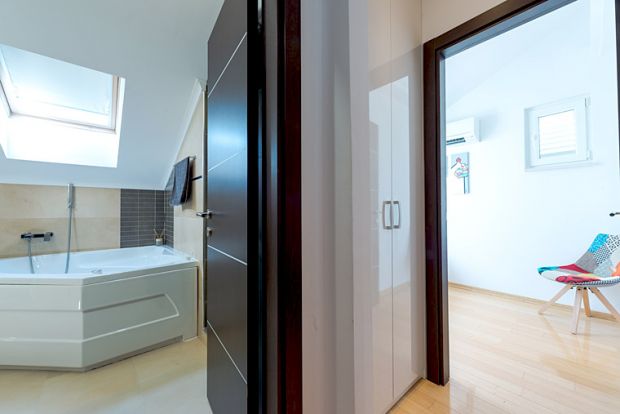 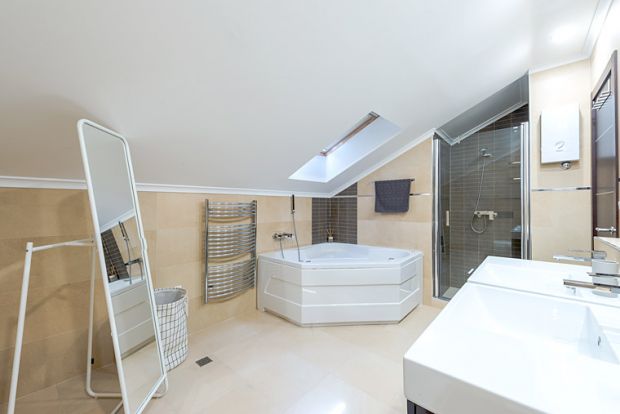 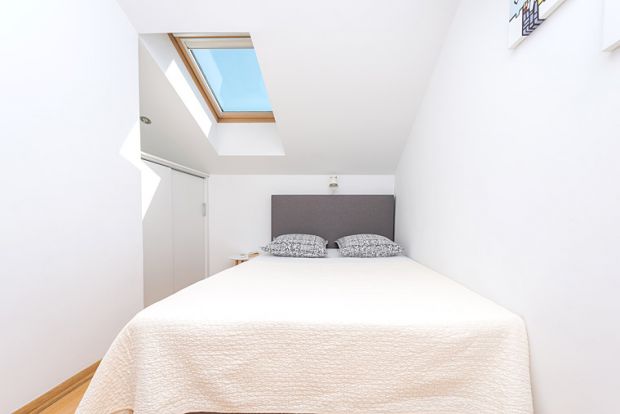 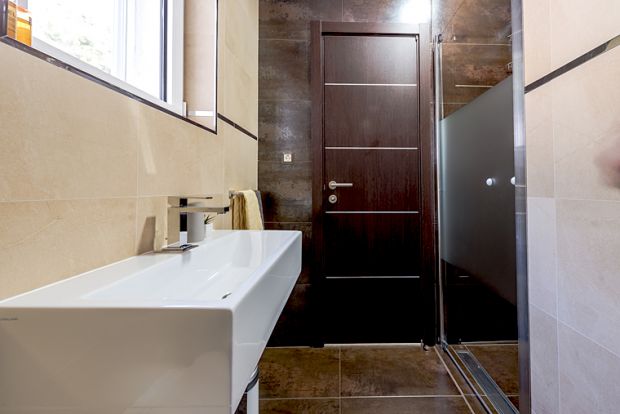 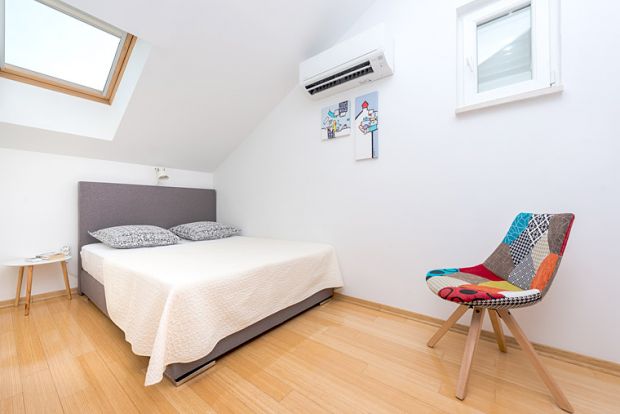 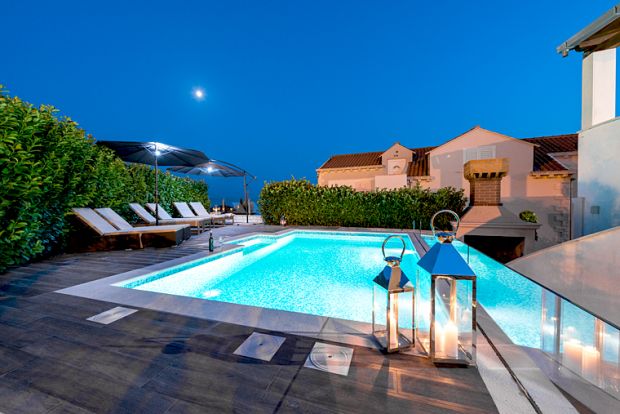 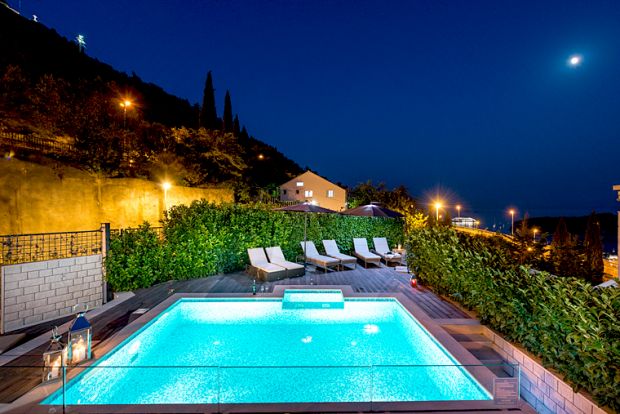 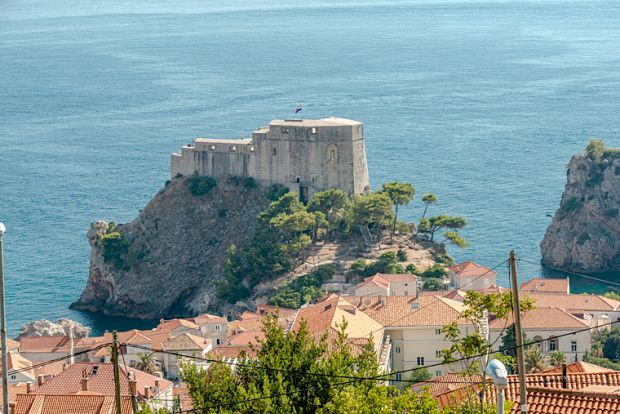 Villa Senza is located on a hill in a quiet residential neighbourhood just above the Old Town of Dubrovnik. Nestled in the very heart of the city but far enough from the city noise and crowd. It's an ideal choice for a family or a group who are seeking a relaxing summer holiday. You will never have to use your car as you can take a very short walk to the Old Town centre (although it is via steps and you might prefer to take a taxi or bus, the bus stop is just a few steps away from the villa). The beach is also less than 15 minutes, a little longer on the way back but again taxis or buses are an easy option for the less energetic.

In front of the villa is a large pool terrace offering stunning views of the entire eastern side of the city, with the Old Town and Lokrum island as a central attraction and the sea in the distance. The pool terrace and its sundeck dominate the villa’s exterior and is the place where most guests tend to spend their days. The swimming pool has against-the-current swimming equipment (swim jet) and massage jet area.

The interior of the house is modern and comfortable, with air conditioning throughout.

There are lots of things to do in this area; there are numerous small towns and villages across Peljesac Peninsula, Dubrovacko Primorje, Cavtat, and of course, the Old Town of Dubrovnik. Swimming, snorkeling, sea kayaking, fishing and boat excursions are all at your disposal in the vicinity of the villa.

Please note, due to the open spiral staircase and different levels on the terrace this villa may not be suitable for young children.