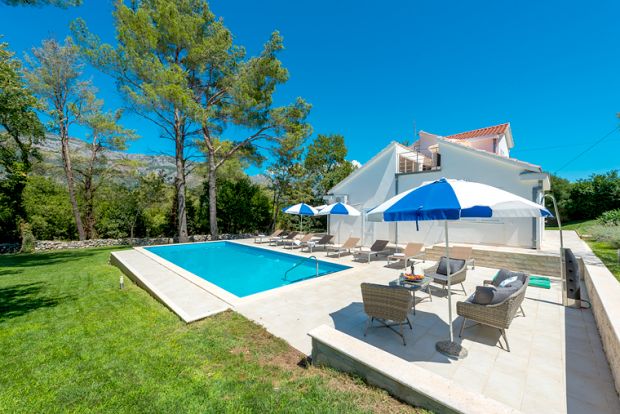 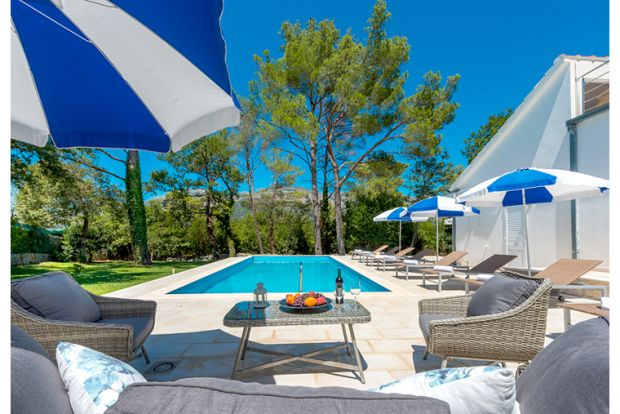 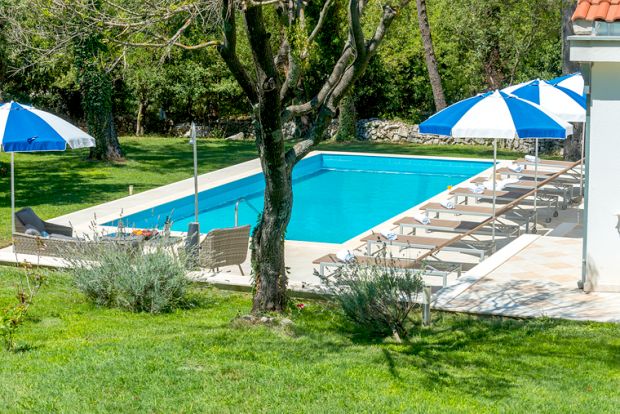 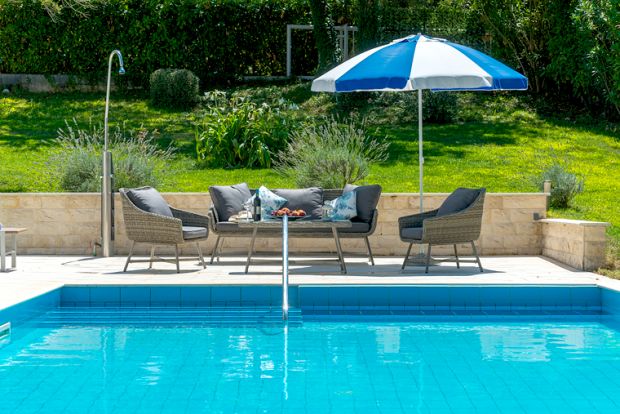 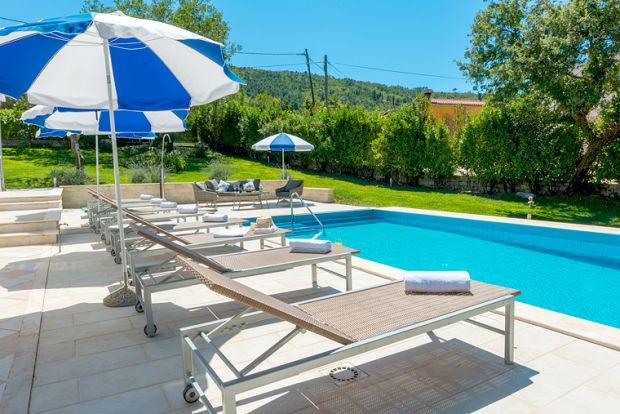 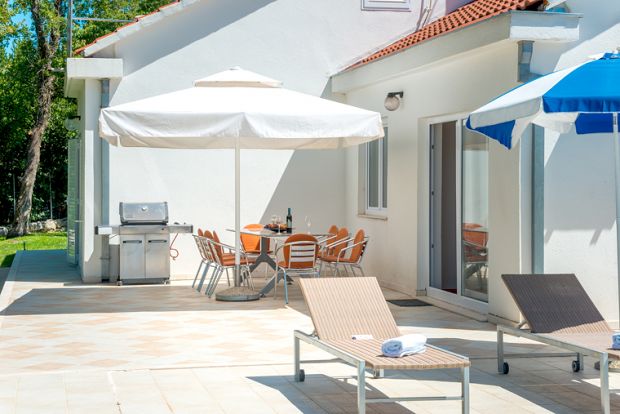 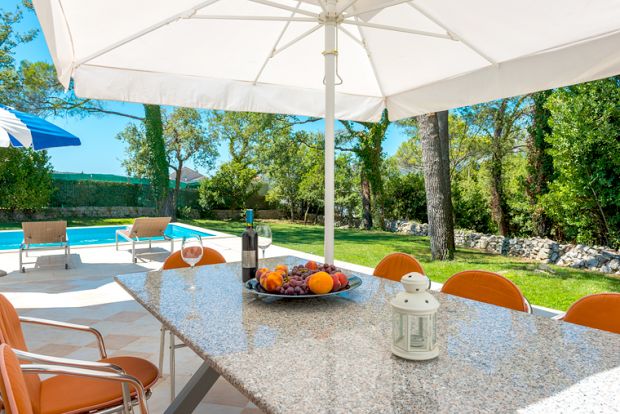 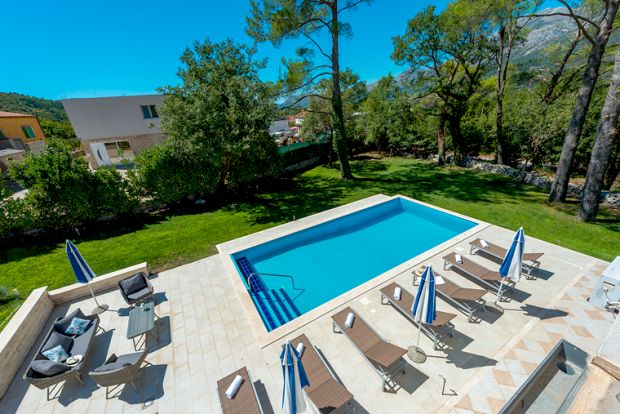 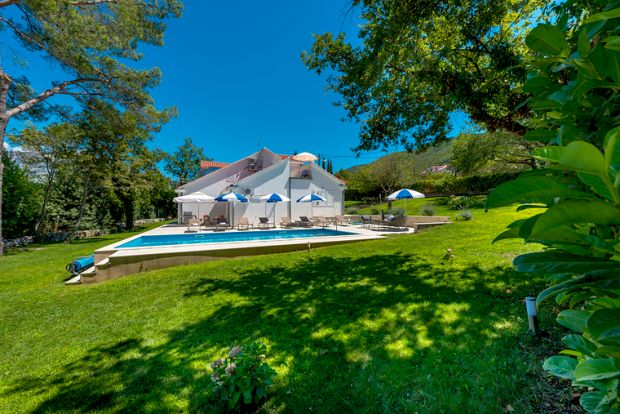 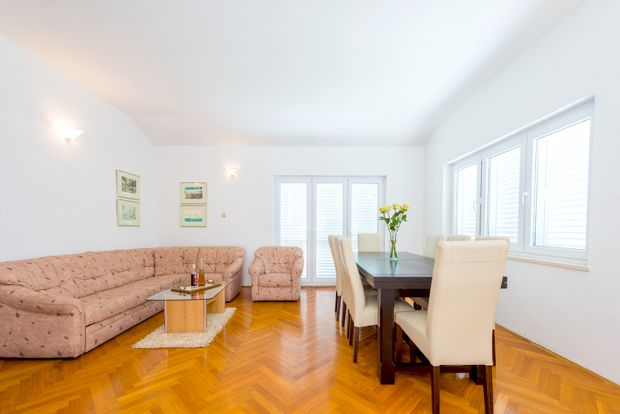 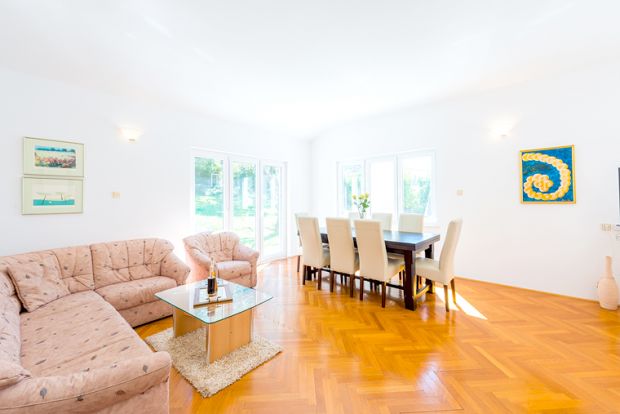 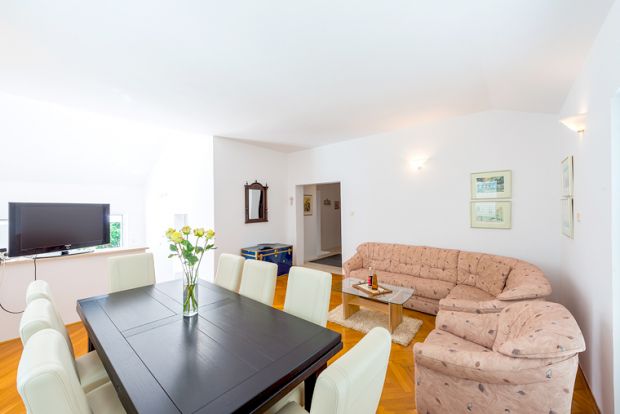 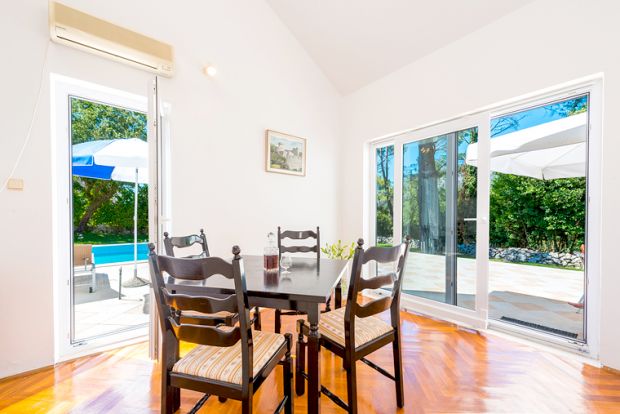 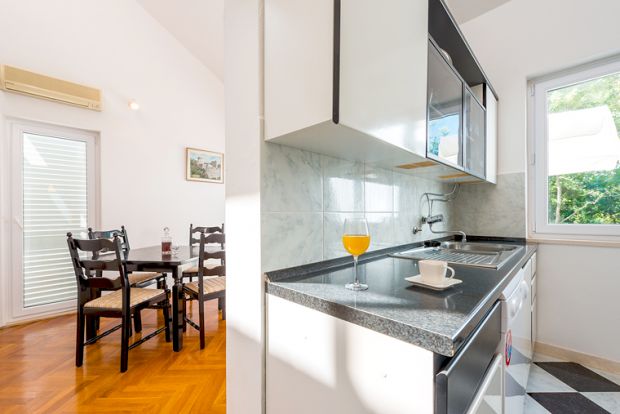 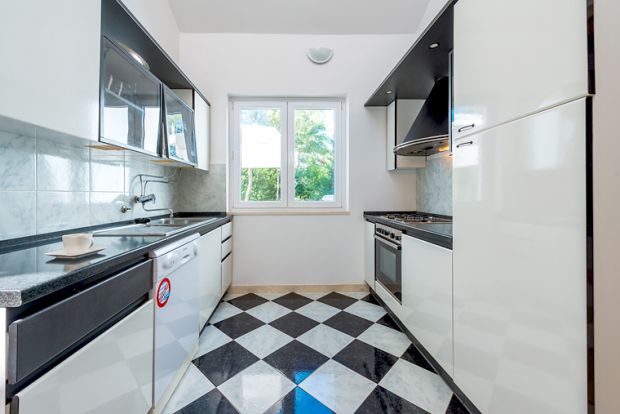 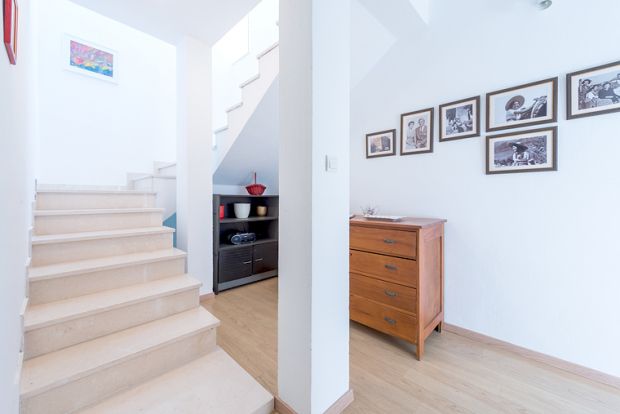 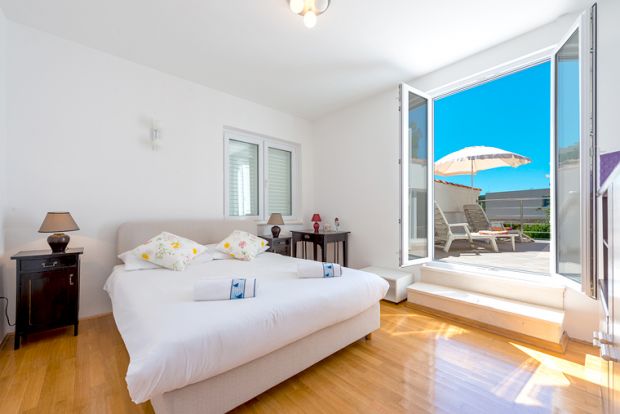 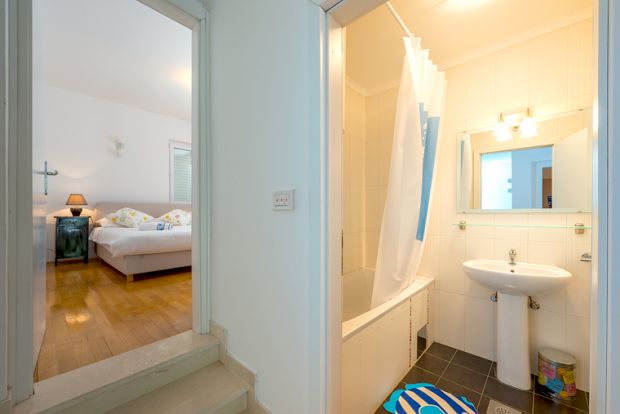 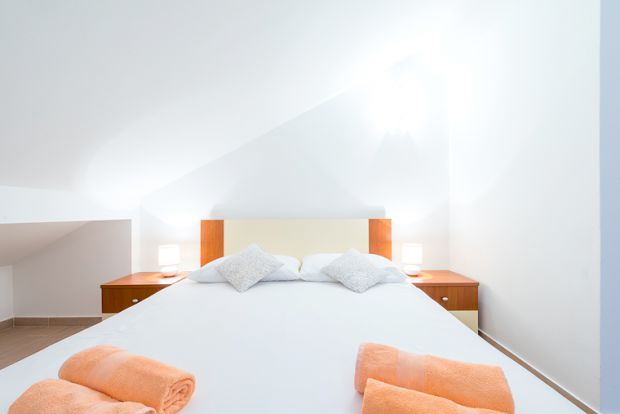 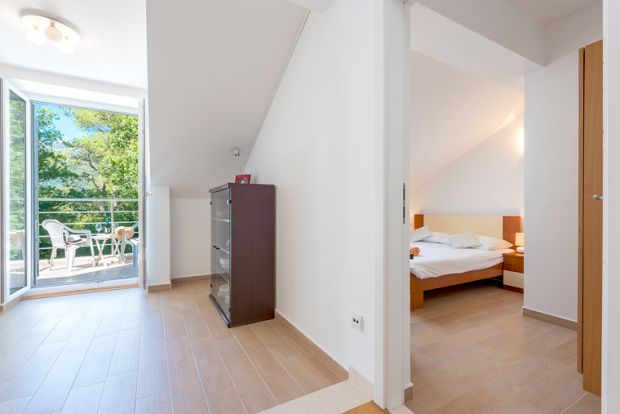 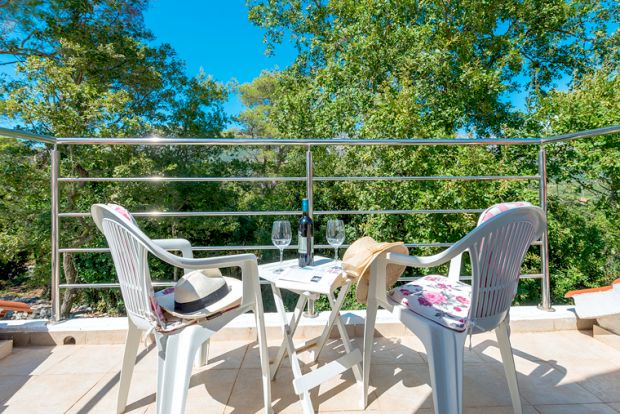 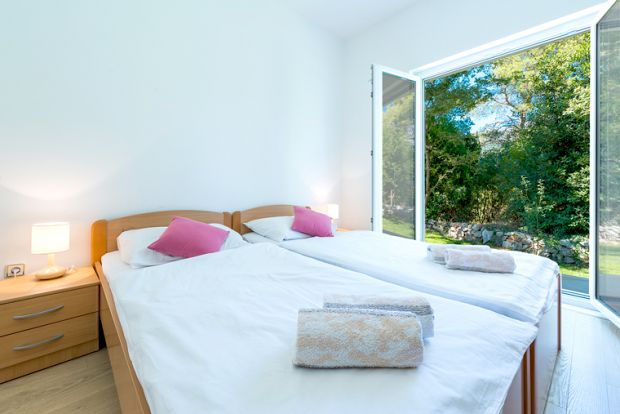 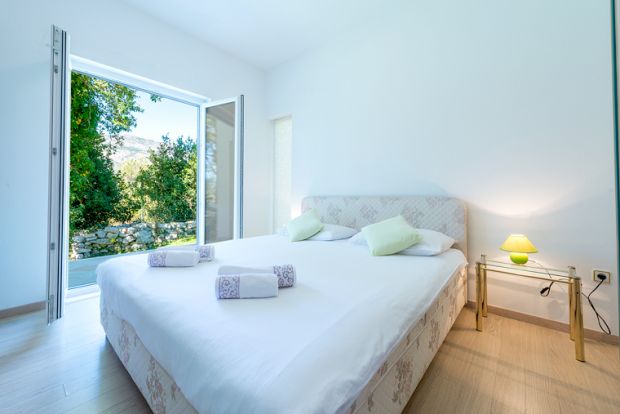 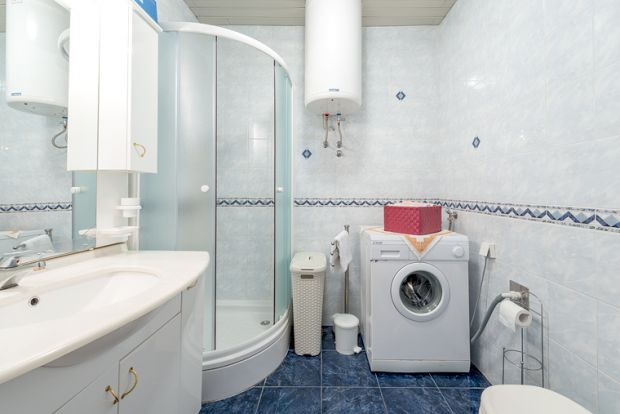 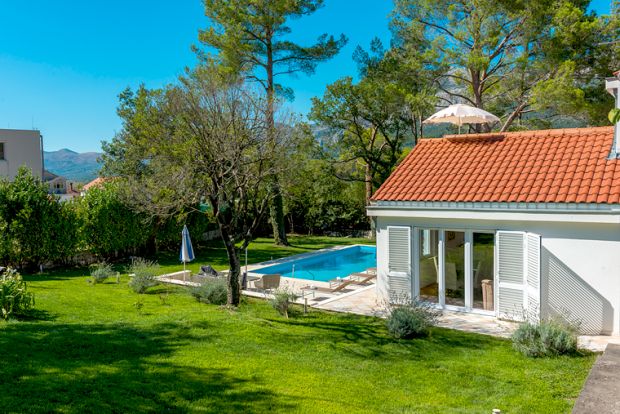 Villa Gamud is located in Gruda, Konavle which is a narrow field located between the Snijeznica Mountain and the Adriatic sea. It is a lovely location, surrounded by a well-maintained garden and is ideal for families with children or for groups of friends. It is just 30 kilometres the Old City of Dubrovnik and 15 from Cavtat, the tourist and cultural centre of Konavle. The border of the Republic of Montenegro is only 10 kilometres away which gives you the opportunity to visit popular touristic towns such as Herceg Novi, Kotor, Budva and St. Stefan. It is a perfect place to relax and enjoy nature or a starting place to head off for daily excursions to Bosnian Mostar and Međugorje, Montenegro, or even Split.

The villa is on two levels and is set in a large, fully fenced garden. Inside the villa is comfortable, the kitchen is well equipped and there are doors in the living/dining room opening onto the garden and pool. The two bedrooms on the first floor have terraces which enjoy the beautiful country views.

There are lovely surrounding villages, hills, little rivers, and beaches which guests can explore with bicycles which are available at the villa - there are numerous bicycle paths crossing the region. There is also horse riding a few kilometres from the villa.

The area is steeped in history, you can visit the famous Illyrian Piles in Mikulici, Mithraeum in Mocici or the tombstones in Brotnice and St. Barbara church in Dubravka. You can visit the mills on the river Ljuta or the Fortress Soko Grad.

The beautiful beaches at Molunat and Prevlaka Nature Park are only a few minutes away by car.

For an extra charge a chef can be arranged and it is also possible to arrange for breakfast to be served.